This year was my second year running the Leaf Mountain Footrace. I’m so glad I found it and gave it a go that first year. The race is so unique, fun, and full of surprises!

Last year, I ran 2 loops and then stopped since I was nursing. My youngest was ready to eat and go to bed! The race has had a evening and late afternoon start the last two years. This year started at 5:08pm.

We planned to camp in the group camp since we could and thankfully the weather turned out to be nice for camping! My kids were very excited to get to camp. Getting to sleep involved some loud noises but we made it.

I planned to run all three loops and was relieved to hear at the pre-race meeting that there were no cutoff times this year. My good friend came to run the first loop with me!

The race is part scavenger hunt and involves some navigating. The course is unknown until you check-in on race and day. To show you completed the loop, you need to find books and take out your page (based on your bib number). Books are located every .5-1.5 miles but exact locations are unknown. They are thankfully mostly visible! I made the course map my Lock Screen on my phone which worked really well for looking at the map to see where we were on the course.

For the first loop, we started off out of group camp and up a long slow gradual hill followed by a decent climb to the first book. Then we got a little lost and had to backtrack to the second book. I was thinking of last year’s course and took us up the ridge instead of staying on track. Thankfully, some girls helped direct us back!

After that, I felt nervous about navigating but kept working on enjoying the run. We chatted away and fell into a fairly comfortable rhythm. My friend said she definitely realized how flat Grand Forks is compared to Glacial Lakes! We saw other runners coming through and even the first few men were chasing each other. Mostly though, everyone was happy to cheer each other on in the race!

The first loop included wooded areas, some prairie, and the spot of the highest elevation with a beautiful view.

6 books later and we were ready to turn our pages in to be checked. Thankfully, we had all 6 and I was cleared to go onto the next loop! My friend happily stopped at one loop—I was so proud of us for doing that loop together and for her finishing on a tough course when you’ve trained on flat ground! A hug to my friend, asking for my husband’s hat in prep for night, and a quick chat with my kids all happened before I headed off into the prairie for the next loop.

I had been told in the check-in area that I would likely catch up to the girls who had helped us before. This helped motivate me to get going and I was just ready to run! That first gradual hill again had me walking some but I stuck to my plan of running most of the flats and walking the hills. I felt a bit daunted by the amount of time I had been on my feet but was determined to keep going.

The sun was setting and I had my headlamp even if it wasn’t on my head yet. I had it in the back of my pack.

The books on this loop felt pretty easy and I felt good. I caught up with one other racer for the 7th book. We were both relieved to know we had not missed it! I said happy trails and kept on running even though it was tempting to stick with someone else. Shortly after that I met up with the group of girls. They were making their way and had headlamps out already. I passed them and we all met up at the next intersection. We made our way to the donkeys on the course. At this point, we were all a little confused at where the next book was. Finally, I went further down the trail and found it. 9 down and 3 to go.

I kept working my way and started seeing people on their third loop out on the course. I kept wondering what the third loop would hold. They told us that we would get the map after we finished the second loop.

Right when I was starting to wonder if I would find book 12 another runner encouraged me that it was just ahead.

With the last page of loop 2 in my hand, I headed toward camp! At this point, most of my desire to be done at 2 loops had ended and I knew I could finish. I hadn’t trained for being on my feet this long but I knew I could keep going even if I had to walk.

As I ran into the group camp, I was excited to see my family and to my surprise my aunt had decided to come out to the race! She took some pictures and then I handed in my pages.

They asked if I was going for a third and I said yes. They pulled out a map and told me that there were 2 books to get for this loop. One out on the first loop course and one on the second loop course. They told me one book was under a garbage can and the other on the ground. I wrote this down so I wouldn’t forget. Someone asked if I needed anything else before heading out so I took a little water bottle since I didn’t feel like taking the time to fill my hydration pack. Later, I would realize this was not very comfortable. They did warn me someone had been seen in the park who was acting strange. The rangers had escorted one but couldn’t find the other. I still decided to keep going.

I waffled a little bit about what book to go get first but then committed to go get the one on the loop I had just finished. I set off and was encouraged by other headlamps in the distance. Grateful I was not the only one out there even if these people were getting their second book already.

I ran into the donkeys coming back from their spot and they asked if I was okay. I got a little nervous I was on the wrong route but it all was okay. When I finally made it to the area where the book was, someone told me that the book was a little was ahead on a post on the left. Confused by the info but going with it I found the next post but there was no book. I got nervous but choose to keep going since sometimes “a little ahead” can mean much farther. Another runner told me almost to the top of the hill. To my relief, the book was there and the page was soon in my hands.

I headed quickly back the way I came and started off toward the Oak campground to find a garbage can. I ran into another runner coming from the book and encouraged him. He asked if I was on my first or second book. I said second. He was too. He had to head to the prairie still.

Thankfully, this was fairly easy section for me and I even took a picture of the book cover. This one made me smile. Feeling excited and exhausted I ran as much as I could back to group camp. My legs were tired even if I wasn’t out of breath. At some point, I began racing the clock wanting to finish before 5 hours. I snuck in at 4:54 on my Garmin. I handed in my pages, got my medal, chatted with the runner I ran with last year, and jumped into chatting with my kids. After eating some chili, I was ready for bed.

I’m proud of myself for training hard, having fun, going longer than I thought, sticking with it, encouraging others, and for taking time for myself. I always feel better when I’m able to run and talk with God—this summer was no different. All the trail and road miles talking about big and little stuff with Him.

Another great race in the books.

Canon, I love watching you grow! You learned so much this year. Your Lego creations impress me and you use your creativity as well as take into account engineering elements. You say such fun and funny things. You can be so serious and go after what you want. You know how to use your voice and even say that God gave you super loud noises to use. We have built train tracks and forts. You’ve kept me company while I did many hours of landscaping rock. You are still quite the chef and had fun making your cakes. You bring me such joy with you being you! May this next year be full of adventure.

Arrow! Wait. You’re not a baby anymore and you’re already 2! I love seeing you grow. You repeat so many words and know so many words. You communicate well and are learning to speak up for your needs. You have a good: “____ did it” when it come to sibling squabbles. You still snuggle close and love to rub your own head. You’re rocking one afternoon nap and going to bed around 8pm. I love your sweet hugs. You are quick to be independent and don’t usually look for a hand to hold but you will hold my hand if I ask. You have a good start on playing with legos and trains. And of course you’re good at taking things apart. You know how to let us know you’re hungry and love picking out what food. You had a cast this year and I’m grateful that you rocked it and are already back to mostly normal. You climb anything and sometimes I ask you to come lower because it feels high to me. You are a joy and I’m so grateful to have you in our family. Keep being you. 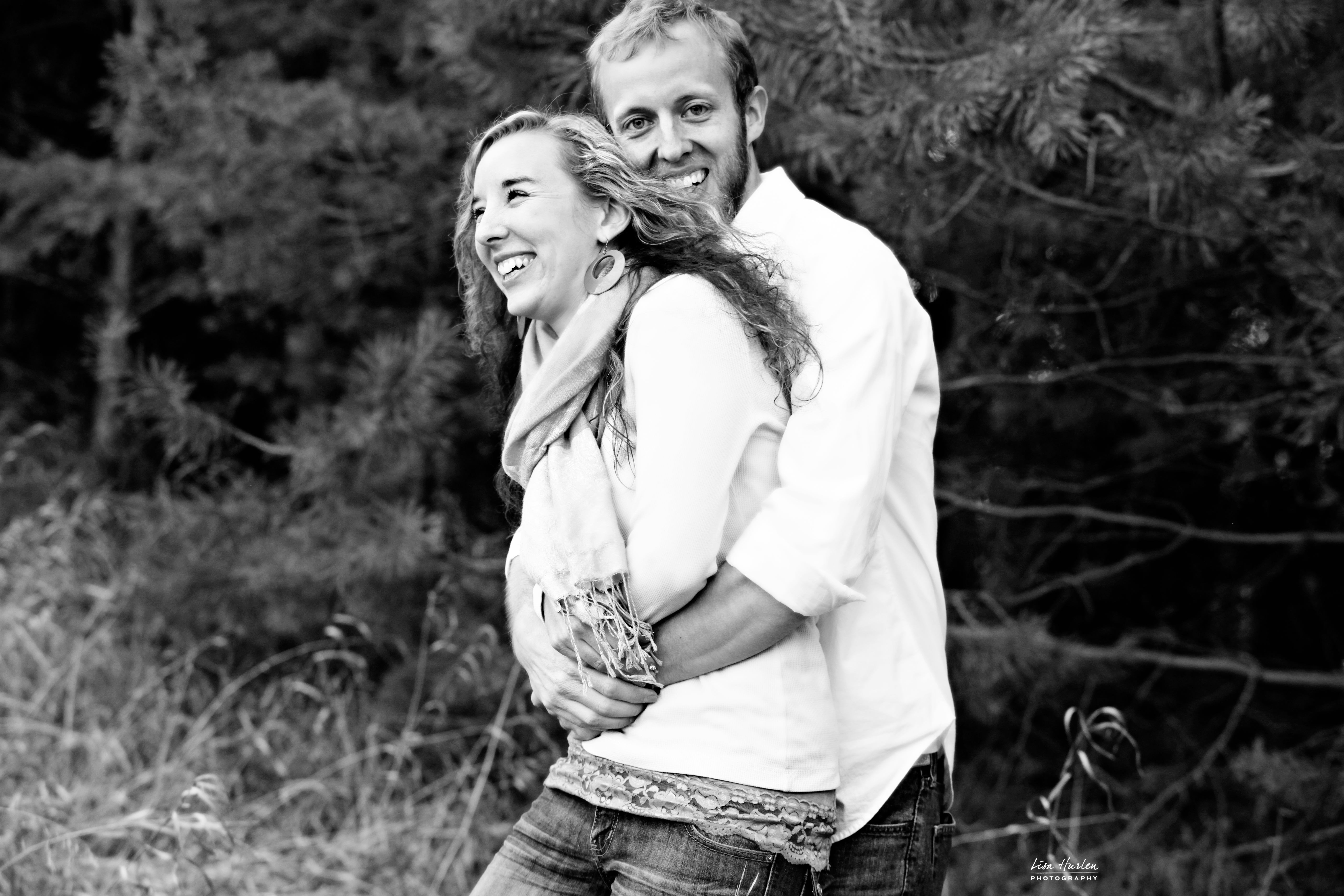